I Was Never A Runner

All asthma stuff aside, I can easily say I was never a runner. Running’s not fun. Whether you’re on a treadmill where you’re working your ass off to head nowhere at all or even if you’re running around the neighborhood, it still sucks. That’s just me. 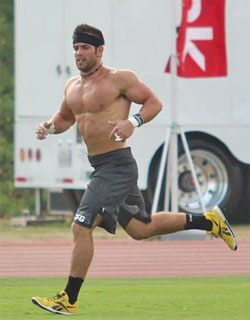 Then again, even Rich Froning, Jr., the World’s Fittest Man, isn’t a fan of running either.

Luckily, for CrossFit workouts, running is just a small portion of the bigger pie. Phew. Regardless, any sort of running past 200 meters (yeah…) is the death of me. Take today’s WOD for example.

Alright, so the original WOD was this:

However, we had to change things up a bit for my noon class because a seminar was going on at the same time inside the box. The WOD was done outside so we got to enjoy some awesome weather.

Since we didn’t have music to blast, I luckily brought my iPhone and ARCTIC Bluetooth headset so I could listen to some Pandora. This was the first time I actually used this headset for running, as I generally use it when riding my exercise bike in the basement. It’s really just a shitty Walmart bike with an Outback magnetic bicycle trainer. Sound quality’s pretty decent on the run and it stays in place for me. My only gripe is the button for enabling Bluetooth jiggles around a bit during jarring parts of the run.

Aside from that I love this pair. I’m an audiophile to an extent, so I’ve burned through $100+ earbuds that were ruined by sweat or had their wires melted by the heat. When it comes to running, I just stick to cheap headphones that sound better than those lame iPhone/iPod earbuds. If my sweat ruins them, who cares? I’ll just spend around $25 again lol.

I digress…yeah, I love technology, but I’ll save that for another post or better yet, another blog haha.

The owner of my box came up with 2 modifications of this WOD: one for people who worked out yesterday and another for those who didn’t. Why two mods? Coach didn’t want to wear down our legs after the squat cleans, burpees, and high box jumps from yesterday.

Here’s what I did for today:

If it weren’t for the running portion of this, I definitely would have had 3 rounds at the very least. I was short 21 reps of 3 rounds. Sure, ab movements like sit-ups, toes-to-bar, and knees-to-elbows kill me, but I was crushing the shoulder to overhead, almost Fight Gone Bad-like push presses unbroken. I should done them Rx’d. At least I know now. My legs, my strongpoint, help me out a lot with push presses and jerks.

I guess I’ll just have to keep pushing forward. Get better at running. If I don’t do anything about it, running only going to hold me back. I love joking about running all the time. Hating on it. Saying it’s not for me. Blaming my asthma. All this bullshit.

Rather than all this negative talk, I’m going to take action and stop the hate. CrossFit was rough for me at first, but eventually it got to the point where I could actually keep up with the majority of the class. So why can’t I gradually progress to the point where running can just seem normal to me? 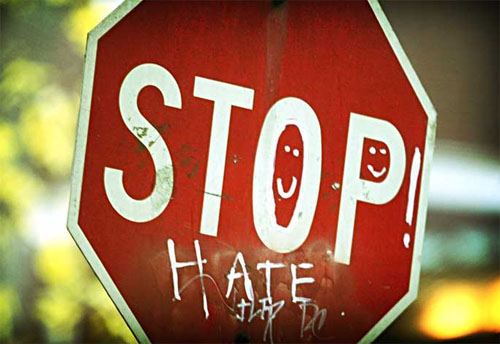 Running DOES NOT suck!

YOU SUCK AT RUNNING which is different!