I’ve Got Asthma And I Know It

I should find an instrumental of “I’m Sexy And I Know It” then throw in my own lyrics about being an asthmatic. Anyway, enough of that. For about a year, I haven’t had any breathing problems. No need to take my inhalers or any sort of medication all thanks to CrossFit building up my lung capacity. It’s just such an awesome feeling knowing that you conquered something that messed with your childhood.

When I was younger, I loved playing basketball. Sure, I wasn’t the best, but at least I had more playing time than a bunch of clowns on my teams over the years. Oh you’re perfectly fine health-wise, but a fuckin asthmatic plays longer than you? Suck it. 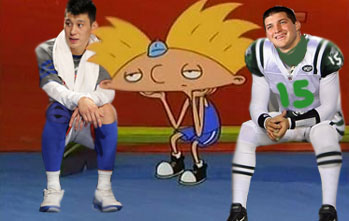 Still, it was terrible having to call for a time out every time my breathing got heavy and I started wheezing. Back then, I had no idea what my limits really were, so I simply followed what my doctor told me to do and left it at that. I was first diagnosed with asthma when I was 8 years old. Of course, it could’ve been worse since it’s fairly mild and is mainly physically induced. CrossFit let me realize that I had more in my system during those really demanding workouts. While it seemed like it would be inhaler time during the middle of a WOD, I simply had to power over the mental barriers. Eventually, I figured out where to draw the line.

After graduating from college in 2010, I was finally able to kick things into high gear. The Paleo challenge I joined really changed things for me. Following the challenge, I was drinking less (got the party mentality out of my system…a few months after graduation…), eating cleaner overall, and just felt so good. My performance improved because of all those factors. In addition, my asthma felt non-existent. In around February 2011, I stopped using my inhalers.

Unfortunately, in February/March of this year, when I was away for 3 weeks visiting family in the Philippines (yes, I’m starting to gradually reveal more things about myself :P), the heat and air conditions caused my asthma to flair up again. Mix in the combination of terrible nutrition and lack of physical activity, and you obviously have a recipe for disaster. For those of you with families in which quality time revolves around food, you probably know the feeling haha. You can’t avoid these things when you visit cause well…we’re talking about family here. You can’t say no.

By the time we’d finish breakfast, it’d be time for lunch.

So that’s why I’m just trying my best to get back into things. We had sprints today, so of course I had to take puffs from my inhaler before my last round. This one guy in my class always tears up any of the running WOD’s. I’ve made it one of my goals to beat him out in one of the shorter sprints. Anything more than 800m, forget it. He can have those haha.

Yeah, my asthma holds me back, which is why I’m not much of a runner. Screw it. I’m just gonna work as hard as fuck for it, like with everything else I do.

I just want to thank the WODFather for his Tweet/blog post on running. It gave me inspiration for this.

Also, thanks to Elisa for her reply (one of my first legit readers by the way). Glad to hear there are other asthmatic CrossFitters out there!

@_KippingItReal @wodfather i have asthma too! i do nebulizer treatments before i hit the box!#crossfitstrong

Whether you have asthma or some kind of health condition, there’s most likely some way you can scale and switch things around in a CrossFit WOD so you can still get after it.

Yep, although it’s still a profile page. Will convert it to a Fan Page soon:
http://www.facebook.com/kippingitreal