The other day, I came across this blog post from Fit As Fu*k. And seriously, the whole cycle of finding out about CrossFit to becoming the biggest Kool-Aid drinker out there is sooo true.

You need to read it before finishing up my blog post. The blog post’s a good laugh for any of you somewhat into this damn cult.

Once You’ve Read Fit As Fu*k…

Let met ask you this…why does this cycle seem to happen to almost everyone? There are some of them that just seem to stand out a lot to me.

Okay, after a few weeks at my box, I started doing this. But the people are so awesome!

9. Rip your hands open, a little shocked and in a bit of pain…you’re smiling on the inside. It feels cool.

This still happens to me…

Saying this kind of stuff when I go out with non-CrossFit friends drives them nuts. They think I’m some kind of weirdo or something speaking a completely alien language to them. Hey…they asked, “What’s the deal with this CrossFit thing?” So I’m going to explain some things to them, ya?

Of course, I always drop those acronyms like crazy. Once again, another sign I drink the Kool-Aid too much…

13. Continue to drink too much & overload on carbs bc now that you train so hard, you deserve to celebrate with a few beers and a pizza.

This was me in college. I joined the box in my 2nd semester senior year, so I thought all that training would make up for my pounding of Keystone Light cans and consumption of Domino’s 5-5-5 deals. I kept things simple with a medium cheese to myself by the way…

16. Realize after 6 months or so that you are slightly stagnant and need to give this dreaded Paleo stuff a try. Educate yourself & commit to trying a Paleolitic-based Diet.

Once I graduated, I gave a Paleo challenge a shot. Man did I feel and look better than ever. My metcons haven’t been that good since…but of course, once the challenge was over, I went back to my old ways, and haven’t recovered.

As I’ve said before, one of the reasons I made this blog was to kick me back into gear. Showing up to the box 5 times a week is no problem for me. However, sticking to consistent and clean nutrition is my biggest challenge. I really have no choice but to improve my performance in the box (uh…) and drop the fat I’ve gained.

Who the hell’s going to listen to some keyboard jockey who doesn’t really live the CrossFit lifestyle? I gotta commit…which means I need more Kool-Aid (Paleo of course…).

17. See drastic improvements, feel incredible, dominate workouts like never before and preach about eating like a caveman to everyone you know.

Once again, friends hate me even more for this. Might as well become a preacher or something.

When I got home from vacation a few weeks ago and slept my days away to get over the jet lag (13 hour time difference), I had a dream I was doing cleans. I woke up with my arms in the rack position. True story.

20. Bleed this lifestyle, surround yourself with likeminded people, & want everyone that you love and care about to join your CrossFit ways…. because you know, that as of now, & as far as you can see…there is no better method.

So damn true. If only my parents would join…if only some friends would join…I WANNA CONVERT THEM. Just kidding. I’m not that crazy obsessed, but if only some really important people in my life gave it a shot.

However, here’s some real talk about the “surround yourself with likeminded people” part. I’ll admit that I had to stray away from friends who just didn’t have the same mindset as the people I spent time with at the box. Things kinda just happened gradually. It’s tough when you’re hanging out with people who just have a very different outlook on life, not wanting to shoot for the stars.

That’s their life though. You can’t criticize them for that. They’ve made those life choices. Different strokes for different folks.

However, I’m just the kind of person who isn’t afraid to fail. You tell me “NO” and I’ll keep fighting for my goals. A business project of mine tanks? I’ll move onto the next. Failed max squat clean? I’ll shake it off, rest a bit, then f*ckin catch that heavy-ass bar on my shoulders.

The truth is…this CrossFit blog is my baby…it’s a project idea I had for over a year. Now it’s time to grow this mofo.

All Kool-Aid jokes aside, I hope the CrossFit culture inspires you to dream big and actually make those dreams a reality.

But Don’t We All?

This really is a video you CrossFit junkies should check out. In “CrossFit – The Pursuit of Excellence with Coach Glassman”, CrossFit CEO Greg Glassman talks about why this businesses has gotten this far and why it’s here to last. You can find many “fad” workout plans on the market such as P90X and Insanity, but these are obviously made for mass production and for people who will simply stop working out after the New Year’s rush.

“What Can I Do To Make This BETTER?”

That’s what Coach Glassman asks in the video, and it’s rather evident in CrossFit workouts and the community itself. The sport is constantly evolving. Changes are being made in standards, movements, and whatnot to help improve CrossFit and to prevent things from falling off the wayside. As I said, CrossFit is here to stay and isn’t just a fad. This is the kind of stuff that they have to do to keep chugging along for years to come.

In order to keep affiliate boxes and the whole CrossFit business running, Glassman mentions that you should do something that is:

You want to care for your athletes and everyone else around you. By providing value, that community at your box continues to grow at an exponential rate. More people are signing up, the culture around the box gets stronger and tighter, and the overall CrossFit experience matures. You get that family-like feel.

As a result, you and your community build and maintain something that lasts. And as an affiliate, you’ll be running a business that is long-term (hopefully), not simply cashing in on a trend.

Because of this longevity, the people in your community feel a sense of belonging. They understand themselves better and also become more confident in what they do inside and outside of the box.

So check out that video. Whether you run a box, own your own business, or even if you’re an employee, you might find some inspiring tidbits in this vid.

Mark Zuckerberg Can Suck It

C’mon man…all I wanted to do was add Chris Spealler as a friend on Facebook. WHY YOU NOT LET ME?

So if you want to make me feel better, add me on Facebook! 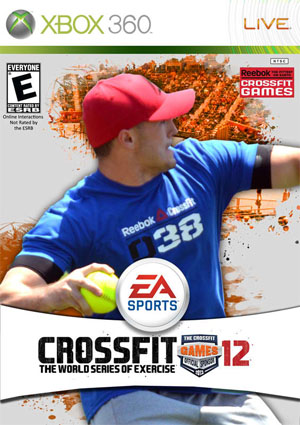 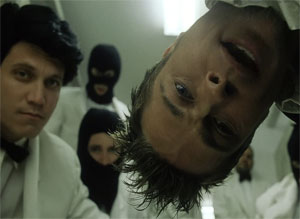 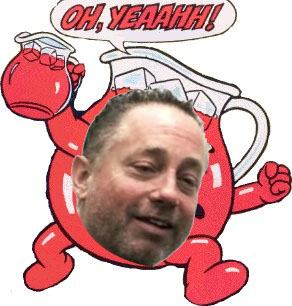 Check Out The Q&A 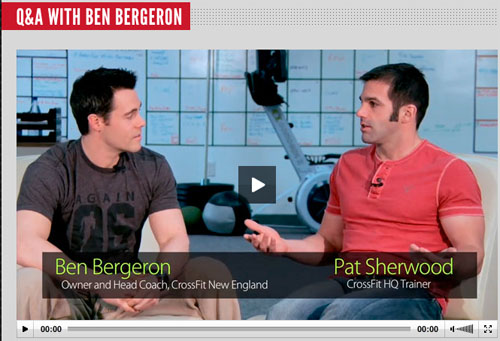 Screenshot from games.crossfit.com. Click image to watch the interview.

Pat Sherwood just did a great interview with Ben Bergeron, CrossFit New England co-owner and husband to Games vet, Heather Bergeron. As many of you know, CFNE’s team is stackeddddd, hence their dominating win last year in the affiliate cup.

You gotta give Ben a lot of credit. It’s no easy feat running one of the most prominent boxes in the sport, programming for your normal athletes, and designing workouts for elite competitors. Oh and let’s not forget he’s manning the programming for Chris Spealler, one of the most elite and most efficient athletes in the CrossFit Games. He’s the only athlete to compete every year of the CrossFit Games so far. 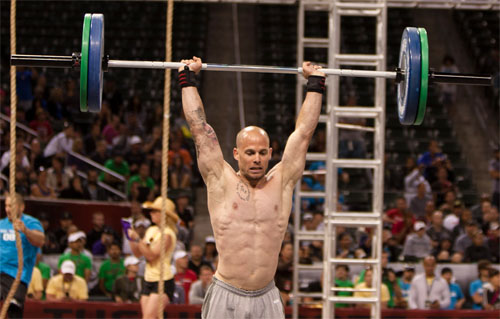 So basically, Ben’s got his hands full while making a name for himself and his box, CFNE.

I really enjoy learning that there really are coaches like Ben out there who truly know what CrossFit is about. There’s a reason for the tagline “Forging Elite Fitness”. The issue with CrossFit that bothers me is standards. Pretty much any guy or girl can drop $1k for a weekend cert and can open up their own box.

Fortunately, coaches like Ben really take these standards seriously. It’s just annoying seeing all these people opening up these boxes with no clue on how to program or what the staple WOD’s really are. Those people might just be rushing into the opportunity of opening a box in their area before anyone else because of the money.

Hey, you can’t knock the entrepreneurial spirit, as I’m all for that. So for those of your really considering opening up a box, please protect the standards of our sport. Watch the interview so you get an idea of what’s required to run a CrossFit box properly. It’s not for everyone. For those who were meant to do it, though, can truly change lives.