Fuck Paleo. It’s garbage. Eliminate grains? No dairy? What is this nonsense?

What the hell does Robb Wolf smoke? 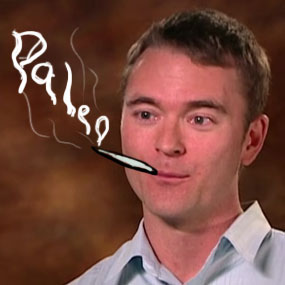 Look at that smoke. This bro’s so enlightened.

Don’t you get TIRED of hearing Paleo this, Paleo that?

Or not so seriously 😛 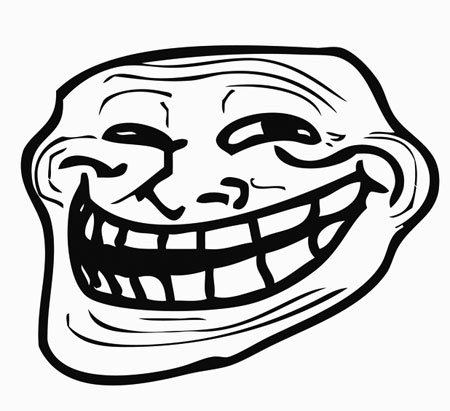 Okay, okay…Paleo is legit in my eyes. It’s hands-down one of the cleanest ways you can eat and live, and most people do see weight loss and performance improvements you can’t see elsewhere.

And I said MOST people.

I’ve heard of people from my box who’ve done Paleo challenges, and despite staying decently clean, the results weren’t there. Of course, there can be factors such as sleep quality, stress levels, and the like that can throw your progress off.

Or maybe something like a food allergy can come into play. You never know. That’s why it’s pretty cool how my box has been offering food allergy tests to see what may be holding people back.

Now what about performance?

A buddy of mine I’ve known since elementary school just recently dropped out of the Lurong Living Paleo Challenge. No, it’s not because he sucks at keeping his nutrition intact.

He seems like the kind of guy who can naturally burn off fat, so losing fat wasn’t the issue for him. It’s just that under that challenge’s guidelines, it was hard for him to get enough food in his system to fuel him for his tough workouts.

Sure, he could probably up his fats and his carbs, but he does fine with throwing in some grain into the mix. The guy was a swimmer all his life, so he’s used to it.

Paleo Nutrition Isn’t For Everyone

As much as I love the results it can give most people, it’s not the be-all, end-all of nutrition.

In the end, it really comes down to what works for you.

I’m really stoked to see my friends at the box participate in this challenge, and I really hope they do reach their goals. However, from my own experience and what we know of human nature, Paleo challenges tend to end in disaster for the majority.

For the first timers, that’s fuckin awesome. Doing a Paleo challenge really opens your eyes to what’s possible. And some of you out there actually stick with it for the long run, like my loyal reader Elisa.

For a lot of people, they do well with the challenge, but then shit the bed right after. And what about the pre-challenge binge weekend…or should I say week?

As I said, if it’s your first challenge, that’s cool. Once you know what you have to do, try to find a nutritional lifestyle that works with the kind of person you are. Some people might find the lifestyle of eating 98-100% clean fine for them, while many, like myself can’t live without all the terrible, terrible food out there.

Seeing one of my friends say how much she hates the dieting she has to do during this challenge made me think of this. If you really hate it that much, do you really expect to keep this up forever?

Do you think you’ll constantly be progressing? Or will you just go through the whole yo-yo effect?

Part of the challenge is that internal battle you have. You are your own worst enemy. My take? Why pick fights when you can figure out ways to satisfy your cravings along with your goals?

For the longest time, I was having this internal struggle when it came to eating healthy. I’d catch myself blaming others and all sorts of external factors.

It took me a while to realize, yes, this stuff is in my control. I just needed to stop finding others to blame for my lack of progress.

The only person I could really blame was myself.

Once I managed to accept that and started developing a more long term solution to my nutrition, I became a much happier, more carefree person.

Learn To Listen To Your Body

As you’re the only one who can really tell what’s right for it.

Think of Paleo as a starting point. You can do many awesome things with your health by following this blueprint, but the only way to really reach your goals and feel happy as you take upon this journey is to find a path of your own.

I think its really important to realize that Paleo isn’t a religion. Sometimes when I cheat I get really down on myself and then realize “wtf are you doing, one tsp of peanut butter won’t kill you”. So its no reason to get all depressed and stuff over, just try to eat as clean as you can, and fit your diet for your goals. All this being said, I try to be as Paleo as possible and I don’t think I could date a chick who wasn’t paleo…is that weird?

I’ll admit that I did get caught up in the whole Paleo as a religion thing. My mind was blown when I saw my results after my Paleo challenge 2 years ago…then my progress shat the bed.

And exactly, no reason to beat yourself up about some cheats here and there. I pretty much cheat on Saturdays, but I no longer go as insane as I used to.

As for the Paleo chick thing…yes, that is weird.

I just suck at explaining it to new people/having them accept it, therefore it would just be way way easier. Yeah Saturdays are good, then you can have a beer or several.

I know what you mean man.

If I’m out on a weekday, I definitely get judged for not eating the bun on my burger or for having that Diet Coke with my rum.

Thanks for the mention…lololol! i soooo TOTALLY agree with you and i am glad you put it out there…paleo is NOT for everyone!! I am blessed to have it work for me! it truly fits into my lifestyle and its no brainer thinking for me…how do you screw up meats/polutry/fish, veges, fruits and nuts? i can go out to eat anywhere and find a paleo meal..so it works! BUT for me eating paleo I DONT feel like i am suffering, i am not hungry and i enjoy what i am eating. any other “diet” i always felt like i was the character “oliver” from the musical “oliver” saying “please sir can i have some more?” “MORE?” i was always hungry, always felt like i was being punished. so i agree do what works best for you, listen to your body! I am finding this Lurong challenge harder cause of the limitation on the fats…but its only 9 wks and i am able to do it..will i eat exactly this way after the 9 weeks..no. will i still eat paleo…yes but the way my coaches taught me, and because it worked for me! i am soo glad your back!!

Of course! You’re one of my original readers and still read and comment to this day!

That’s great to hear you’ve really found your groove and Paleo’s just working for you. I didn’t realize the extent of these Lurong rules…glad I didn’t join haha. I just know how that story would end for me 🙂

I do basically Paleo plus dairy. My wife is now in the Whole Life Challenge which is basically a scored (self reported) challenge with strict paleo eating plus other stuff like workout, fish oil, mobility and sleep. She’s finally broken through a plateau after eliminating dairy and alcohol most days. Me – I feel I need calories to get stronger so do the whole milk thing once or twice a day plus intermittent fasting, but otherwise pretty strict Paleo most of the time. Weird to only eat the pizza toppings (not the crust) or order my triple-bacon butterburger with the fixings…but no bun. Whatever, stop being a sheeple and figure out what works for you, for us and our kids Paleo/Primal style is the staple (though not always super strict) of our diet.

Yeah, cutting out dairy helped me a lot, especially with my asthma. My breathing’s been great ever since. As for alcohol…I just had a glass of wine while writing out tonight’s post haha.

I also do intermittent fasting myself. It keeps me really focused in the morning. And it just feels so damn good having a big post-workout lunch and dinner. I just love how it works for me.

Totally agree Paleo isnt for everyone, and strict Paleo really isnt. I have been doing Paleo for about 3 months it was really tough at first. Getting use to actually cooking every single meal, no more bowls of cereal. But it didnt take along since before most of my diet consisted of meats and veggies. Oh and I completely let myself have cheat snacks and meals on the weekends.