4 Things We Can Learn From Chris Spealler

Congrats, dude! Chris Spealler came in 3rd place at the South West Regionals, if you haven’t heard already. Twitter was fuckin blowingggggg up on #Spealler. Unfortunately, the Twitter algo is lame and made stupid hashtags trending instead, as expected. Oh well. 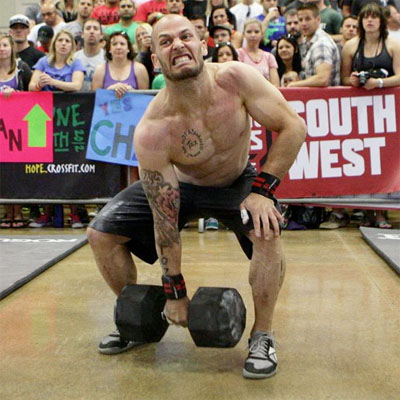 If you want to catch vids of Spealler in the last South East Regionals event, check out this playlist on YouTube. They’re broken up by every 20 to 50 seconds or so. It’s pretty intense if you think about the circumstances.

Okay, so where are the 4 things you can learn from Chris Spealler: 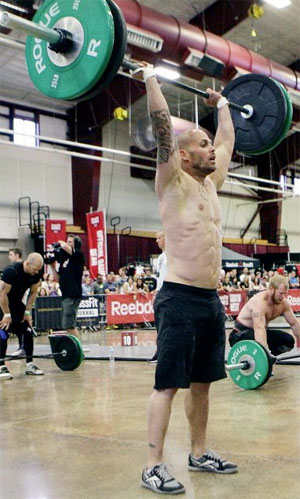 Okay, so I’m only 5’7″, so I know that feel bro. For years, I thought my height would hinder me in so many different ways – physically and socially. Once I stopped growing around 8th grade, I thought…shit, I’m never gonna be an athlete of any sort. People (mainly girls) aren’t going to take me seriously.

Then CrossFit came along, and my height actually does come to an advantage with some lifts, and for that, I’m thankful. I no longer give a shit about my height. yes, it does hold me back with certain things like rowing and getting up to a higher pull up bar, but big deal. I keep surprising myself with new 1 rep maxes and am continually trying to up my weight for higher rep WOD’s.

Look at what Spealler did and he’s only 5’5″ and 153#, according to his CrossFit Games bio.

When I found out Spealler was in 4th place going into the last Regionals event, I was shitting myself. For serious. The guy’s my favorite CrossFit athlete of all time, and I didn’t want him to miss his chance at the big dance for the first time ever. However, I just knew he had it in him. In one of his YouTube videos preparing for the Games, he was saying that this time around, he was more mentally prepared than before, that he has the mental toughness to not let all those mind games get to him.

For that last even today, Chris did his thing, gave it his all, and tied for 2nd place for the last event.

He was actually in 19th place for Workout 3, which was a beach involving a 2k row, pistols, and 30 hang power cleans at 225#. TWO HUNDRED AND TWENTY FIVE FUCKIN POUNDS! That’s like most guys’ 1 rep max power cleans, right? He had to do 30 reps of that in the hang power clean way. WTF!

That just shows even if you’re behind and you know you have a sliver of hope to make it, don’t even back down. That’s easily the worst thing you can do. Aside from letting down the people cheering you on, you’re letting down yourself.

Sometimes we’re given that tiny window to squeak by and see some success. When you see it, fuckin seize it. Show the world what you’re worth.

Spealler was actually trailing Matt Hathcock in 4th place going into Workout 6. He had to beat Hathcock by 5 points in order to snag third place. In this final workout, Hathcock started off at a solid pace, staying in a constant 5th place, which would’ve secured him a trip to Carson, California. However, the guy couldn’t keep up the pace, finishing in a tie for 12th place. Spealler managed to tie for 2nd with Matt Chan, who’s another beastly Games veteran.

Props to Hathcock for making it this far, but it was because of his finish that Spealler was able to snag a ticket to the Games.

These are the kinds of things that are out of your control. There’s no sense in stressing over them, which is something the HQ coach Greg Amundson would say in one of his Motivational/Goal Setting certifications. Instead, you gotta focus on YOU. Let those uncontrollable variables fall into place.

Less stress will put you into the zone and help you make the most of your situation.

You always hear that story of running a race and spending too much time watching the other runners. By spending too mcuh time and effort eyeing your competition, you increase your chances of losing the race. Don’t fall into this trap. Focus on you and take the fuckin win.

4) It’s All About Showing Up

Chris has placed 4th, 10th, 26th, 3rd, and 11th in the 2011 CrossFit Games (thanks for the correction, Russ). The guy’s made it to every year at the CrossFit Games so far, and even though he has yet to win, Spealler gets closer. With that podium finish last year, you know he’s eyeing it bad. He wants it bad and will do whatever it takes to improve upon last year’s performance. 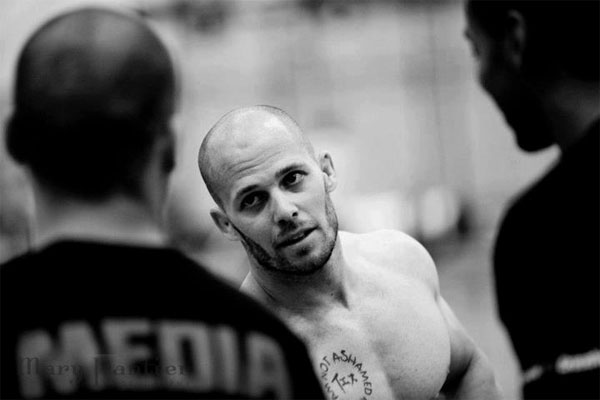 He’s showing up every year to give it his all. While all of us may not have the ability to do such a thing (yet), what we can do is simply show up 3-5 times a week at our own CrossFit box or wherever we do our CrossFit workouts. Show the fuck up. No excuses. Yes, life might get in the way, which is understandable, but when you realize that your excuse is something pretty shitty, especially when there are people out there getting at it despite various disabilities, you just need to get off your ass and go.

No matter what happens, whether you have a bad day at the box or you absolutely crush the workout, make sure you show up on your next scheduled day. Even if you’re struggling in the beginning, using the lightest weights possible or even subbing in a PVC pipe, it doesn’t matter. I’ve been through all that, and things just keep getting better.

If Chris can fight through it all, I’m sure we can achieve our goals as well.

Thanks for reading and for the correction! I was actually just browsing around trying to find out what Spealler’s place was last year, as I found a video that said he was in 3rd in 2010. You saved me some time.

Since it was a pain in the ass trying to find rankings, aside from the winners, for each year, I think I’ll make a section on my site for that kind of info. Once again, thanks for the info man. I really appreciate it.

Your best bet is to use the previous year’s Games site.

I’m glad to see those sites are still up. Thanks again!

Just found this blog today off of End of Three’s blog. This is awesome!! Good job! Gotta love Speal too! Legendary!

And I’m glad you found this blog through End of Three Fitness. Jerred’s a good guy. He’s got an awesome site going on there.