2 Upcoming Ways To Kip It Real

Been working on some shit on the backend of KippingItReal.com in addition to other projects not related to this site, so I haven’t been that quick to respond on social media and whatnot.

Don’t worry, I’m picking up the slack, and I have some fun stuff for YOU. This is just a quick update on the new things coming up for you readers 🙂

I’ve had a few people asking about KippingItReal.com T-SHIRTS, so I’m already working on them. Internet dwellers have even been searching on Google for them. WTF. They don’t exist. 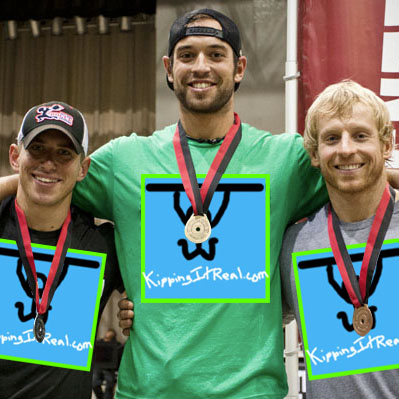 They were forced to wear them...

Any design suggestions are welcome, so feel free to leave your 2 cents in the comments. I know some people already want a shirt with the logo, so that’s a given. Gotta love that stick figure dude.

Damn, it cost so much hiring a designer to make him…

This should be interesting.

I’m making this happen 2 to 3 weeks from now. Either it’s gonna fail like your typical abandoned CrossFit forum, or it’s actually gonna become something. If you’ve read this far into this short entry, there’s a chance you’ll be checking out the forum, chilling with other cool readers, and posting good stuff, right?

Or maybe you just don’t give a shit.

Whatever. I’m taking my chances on YOU. Blog comments, Tweets, and Facebook timeline threads are fun and amusing, especially from mofos like Brad. However, I wanna see how things will be in a more centralized place. I’m really looking forward to what you all have to offer on the forums.

So what can you expect?

Memes. Shooting the shit. CrossFit discussions. Nutritional and workout journals. Learning from each other. Rainbows and unicorns. You get the idea.

Part of it will be NONSENSE, a place where you can just chill out and have fun. You know…a time sink 😛 Another part will be for people who want to journal their progress and get some feedback from others. As I said to Wymberley earlier, sometimes writing things out will help you pick up on things you haven’t noticed before. This can be anywhere from terrible eating habits or minor problems with your double unders.

P.S. I would like to thank coffee for existing or else this post wouldn’t have happened. That is all.