Well…at time at the box, people do work out practically naked…but no, that’s not what I mean. It’s just funny seeing people at your CrossFit box outside the gym with normal clothes on. You see, we just recently had our box’s summer party, which was a really great time. It seriously felt like college all over again, as I usually don’t party that hard when I go out now.

Looking around during the party was just so interesting. People seemed sooooooo different simply because girls were wearing their typical lululemon attire and guys weren’t wearing Reebok all over.

We Were Actually Talking About Normal Stuff

You know what else was surprising and what also kind of a relief? No one really talked much about working out. Okay, there were a few discussions I remember about PR’s, but it wasn’t like every person you turned to was in that mode of discussion.

At the gym, CrossFit is really all we talk about. Yeah, sometimes the small talk gets thrown in the mix. Within minutes, everyone brushes that off to talk about getting that muscle up down, shooting for PR’s, getting rid of that strain on your lower back, and so on.

It was just a great change of pace with the normal conversations. These are people you’re around almost every day, and it’s just a different feeling. You still have that sense of belonging without your body being drenched in sweat and your hands covered in chalk.

At these box-wide gatherings, there are still a shitload of people I’ve never seen before. I consistently hit up the noon class five times a week, so there’s still about 70%-80% of people I don’t know. While we do have a tight-knit community, the whole gym’s growing. I can definitely see us needing a new place eventually. Shit, even at noon, classes get packed as fuck.

Props To The Serious Competitors

Some guys at the party are pretty damn legit, as they were not drinking at all or maybe just had a few beers.

These guys want to make that trip to Cali next year definite (I can definitely see these guys pulling it off, and I’m not just saying that cause they’re from my box), so I totally dig their drive to kick things into gear even right after regionals.

I’ve been in that place before, not drinking sometimes, so I would never be one of those guys who’d be like, “Oh you’re not drinking? That’s weak shit.” There were times in college when I was sick and on meds, so I’d show up to parties with a water bottle to keep myself hydrated (haha yup…what was I gonna do? Stay in my room?). I even went to my first alumni weekend without one drink…

…thank you Paleo challenge 😛 That’s just how bad I wanted to win.

And don’t get me wrong, I have nothing against drinking. I look forward to some beverages on the golf course next week haha. I just respect it when people can show up to a party and still have an awesome time without having to drink that much or anything at all.

It Was Cool Noticing These Random Things

We all got to shoot the shit without talking about the same stuff we usually chatter about. Of course, nothing beats the feeling of being in the box.

I’ve made solid changes to my nutrition, especially after feeling like shit the morning after our gym’s party. In addition to the beers, I finished off the night with a Happy Meal and some other goodies from the Golden Arches (not going back for a LONGGGGG time). It makes me sick just thinking about that “food.” 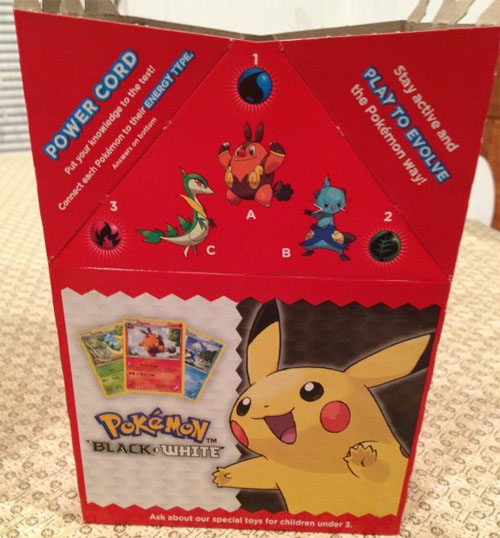 Yep…I really bought this…along with other things at Mickey D’s…no shame. I’m done with this garbage for a while.

So yeah, I’m about 80% Paleo right now, trying to find that happy medium that I can maintain for the longrun. Damn, I even cut out coffee! Honestly, there’s nothing wrong with a cup or two a day, which was how much I used to drink. However, now my body just seems to WORK. Yeahhh…it could be a placebo effect, but who gives a fuck?

If it makes me more productive throughout the day and helps me push my WOD’s to the next level, I’m all for it.

At the same time, my mind’s much clearer. Despite all the added responsibilities in my life as of late, I realized I MUST grow this CrossFit blog. I have to Kip It Real. I can’t see it any other way, my friends.

I am with you. It is weird seeing your fellow Crossfit friends in normal clothes but, it is so much fun. Our box holds get togethers whenever we can.

I also have to mention the resources and connections it means. I am a college student and these freinds of mine, these crossfit nuts who are all differrent ages have been so helpful in my life.

I tell everyone about the community before I move onto the WODs. It is something great to be a part of!

Enjoyed reading this and coming across your Blog!

Thanks for reading, Sean!

Yeah, without a doubt, the networking is also pretty awesome at the box. Many of them are driven people from various walks of life, so you can get all sorts of advice and inspiration.

Gotta love the community. I totally agree with the community before WOD thing. Whenever I’m explaining CrossFit/trying to get someone to join, I put more emphasis on the community and the fun, rather than all the workout technicalities.

Glad to come across your blog today! You’ve been added to the list of “weekly reads” 🙂

Had my first outing with my CF box last weekend and yeah, totally surprising to see people in clothes. Normal ones. Not covered in sweat. We did, however, mostly talk about CF/paleo stuff but that was fine by me! We obviously all have a passion for it.

Only worried that I have WAY more fun with my CF friends then the non-CF friends. I fear I may be turning into a junkie….

There’s nothing wrong with becoming a CrossFit junkie…we acknowledge it at least, so we’re legit.

Damn, your comments have inspired me to write again…NEW POST tonight if I can get some work out of the way.