…THANKS for the 1000 Facebook Likes! I didn’t think the day would come this soon, but thank you so much you motherfuckassss! Now I’m even more pumped to write for YOU. 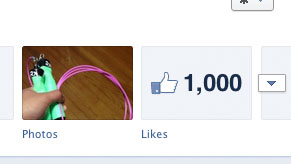 Also, HUGEEEEEEEE props to Dan Bailey on his world record 1:35 Diane, beating Spealler’s by 17 seconds. You can check it out here:

Now for all you haters of the I’M RICH JAMES BITCHHHHHHH! meme we had going on in the Jumbotron chat, SUCK on a pair of Vibrams. 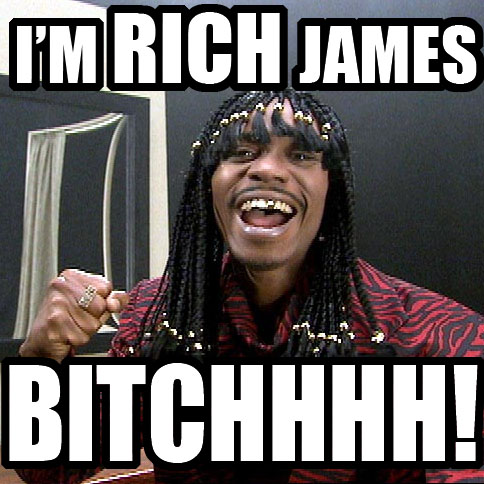 Some of us found it funny, including Elijah Muhammad. So yeah…#hatersgonnahate

How's that for some social proof?

Alright, so you can already tell why the Jumbotron feed was so awesome. Originally, I was pretty pissed off about not having ESPN3 as a Cablevision subscriber.

Now, I don’t give a shit about that. The Jumbotron feed is sooooo much better than I expected. Okay, last year, when the normal live feed wasn’t working for me during the Games, I was pretty bummed out about the lacking Jumbotron feed. This time, you can hear the announcer clearly (haha…more on that later…), the camera angles are close to perfect (especially for the women’s heats…), and…the fuckin Jumbotron chat.

Holy shit…the combination of either your Facebook/Twitter/Foursquare account with this live feed and a chatroom is pure social media genius. HUGE props to the web team at HQ. I’ve gotta hand it to you guys and girls over there.

It was just an awesome crowd of people who all SO passionate about the sport of CrossFit. There were great discussions, fun jokes, and of course, those random memes we came up with as the events went along.

There were honestly times where I’d spend more time paying attention to the chat than the stream…shhhhh!

You Guys Crack Me Up

For serious. I’m laughing hysterically like a sick fuck just thinking about the stuff going on in that chat room.

It was really the EXCLUSIVE internet memes people were coming up with. I’m not sure if it was me or Ronnie who randomly said “I’M RICH JAMES BITCHHHH!” Regardless, after a while, EVERYONE was saying it in the chat. There was even one person that got pretty butthurt, saying it was unoriginal or some shit like that.

We’re laughing and having fun. Are we hurting anyone? No. Ain’t nothin wrong with that then. 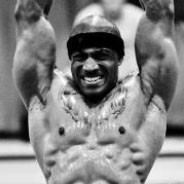 On its own, the whole Rich James meme wouldn’t be funny. Gotta give the REAL Rich James (the CrossFitter) props though for being such a BEASTTTT of an athlete. Good job in Event 2…missed out on Event 1 because of my WOD (fuck you, CrossFit workout…).

So why the FUCK was it funny then? 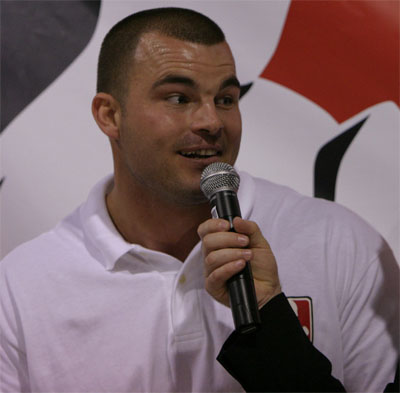 Some hate him. I just find him entertaining.

Yeah, a lot of you hated on him, and I get where you’re coming from. Sure, I even said he’s like a wannabe WWE announcer as joke. Fine, I said that. However, the guy is fuckin entertaining…and he’s a professional arm wrestler (or was?). If you don’t want to hear him, as one guy was saying in the chat, just mute your volume.

His constant yelling of JOEEEE DEGAINNNNNN, SHOWWWWW YOUR LOVEEEEEE, and RICH JAMESSSSSSSSS got some of us fired up. What came from it was the RICH JAMES BITCH meme.

Of course, Nate had to drop in something about Charlie Murphy as well. These are references to the Rick James skits on Chappelle’s Show. Don’t watch this at work for those of you who have never watched this before: (NSFW)

There were other things as well, but I feel I might alienate too many readers, such as with the LEEEROYYYYY JENKINS joke. That’s more for the uber-internet dwellers.

The guys were having fun pointing out some pretty hot girls on the floor (Ahhhh…gotta love you CrossFit girls :D). We were simply labeling them by the color of their attire: yellow, pink, teal, etc. To be fair, the girls did a bit of their commenting as well.

And WATCH OUT…Sarah said she’s shopping for YELLOW SHORTS for next year’s Regionals.

Why? So we can look at her ass and discuss about it over social media. Not gonna lie…she was getting hammered by some assclowns with jokes I wouldn’t even say. Of course they were all in fun, and she was a fuckin sport about it.

Looking forward to those yellow shorts next year…

So What Are You Waiting For?

Tomorrow, you’re going to be up by 9:00am EST to watch more of the Central East Regionals, okay? That’s the Rx’d action for tomorrow.

If you don’t get ESPN3, go to this page on the Games site. Watch the Jumbotron feed with me, Ronnie, Nate, Sarah, and a bunch of other CrossFit-obsessed motherfuckers.

We’ll chat, possibly have drinking games, and be merry. What do you say? 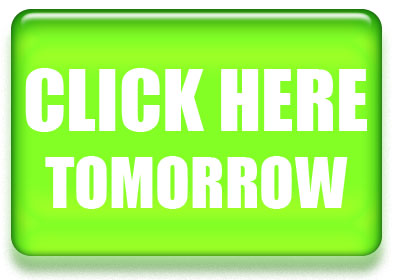 Kip It Real, my friends.